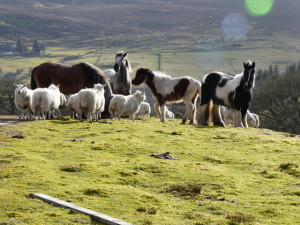 Language is a defining characteristic of a people. Indeed, words are imbued not only with meaning but with a lineage all their own.  They are embedded with clues to their past—how a people lived, what they valued, how they worshipped and what bound them as a culture.  Once the last speaker of a language passes on, we lose an immeasurably important piece of our collective past. It has happened thousands of times throughout history as languages rise and fall, morph and meld. Thankfully, technology is allowing us to record and save some of these sounds before they disappear. Linguists are helping us to rediscover the languages of our past in order to preserve them for the future, as for example, with the Proto-Indo-European (PIE) language spoken some 6,000 years ago.  Today, incredibly, we can just sit in front of our computers to listen to the actual… 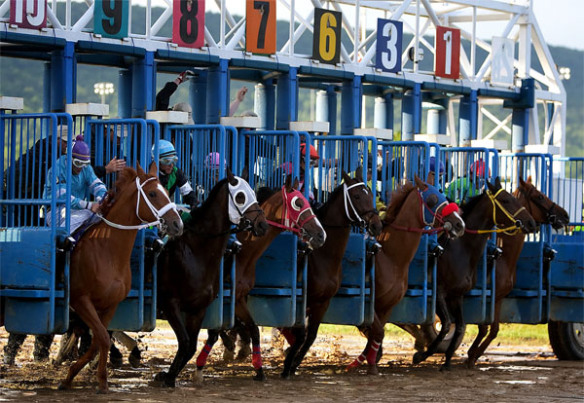 Advocates for improved safety in horse racing are calling for sweeping changes in Pennsylvania, a matter they say has been underscored by a recent criminal investigation at Penn National Race Course in Dauphin County.

Last November, a federal grand jury indicted three trainers and a track employee. The trainers, David Wells, Sam Webb and Patricia Rogers were accused of fraud after allegedly trying to dope horses with medications not permitted within 24 hours of a race.

Danny Robertson, who was employed at the track as a clocker, allegedly provided false workout times in exchange for cash.

All four pleaded not guilty and are awaiting trial.

Penn National spokesman Fred Lipkin said the four were banned from the track and called them “a few bad apples.” Lipkin declined a request for an on-camera interview.

As a very proud rescue Mom of four elderly horses, this is something that must be talked about if we are to get them SAFE through legislation. We need our govt. to give more grants, more funds to help save our horses and burros!

The most frustrating part about this work is the constant fundraising. Every donation we receive goes right to the horses, and that’s how it should be! It is exhausting convincing people everyday that this place, that these horses, this burning passion for draft horses is worth being fueled by their donations. That our mission, efforts, and ideas are worth supporting.

HOW do you convince people that these horses are worth it? That WE are ALL better off with them by our side? That our elderly horses deserve a dignified retirement? That horses like Bill and Buford should have a place to recover from their traumatic pasts?

How can I possibly explain to anyone how valuable and special Duchess and Chyna are?! They are in their THIRTIES and are proud, elegant, fabulous old ladies. The majority of their molars are so worn down they can’t chew sufficiently, so their grain and…

Wild Horses – Beauty and the Betrayers (Part One) | Pamela Glasner.

I am sure you are asking yourself the question as to why I am posting this on the SAFE Act, right? As a owner of rescued TB’s (all elderly) finding suitable property to lease with horses is impossible. There are no properties available with land, so even if we were to try and get more people to rescue our horses, they have absolutely no hope in finding suitable housing to do so.

What happened to all the homes foreclosed on when the housing bubble burst? Millions of people lost their homes and most of their life savings when the value of their homes plummeted during the most recent financial collapse. Many found they could not keep up with mortgage payments, either because they lost their jobs during the recession or because they were overextended financially for some other reason. Some would say many never should have been offered the loans in the first place. The fact remains that many people went from pursuing the “American Dream” of home ownership to struggling just to keep a roof over their heads by renting in a very short span of time.

The banks lost tons of money on loans that would never be paid in full, but they did have something very tangible in place of the money – the property. The real estate still…

2013 was a tumultuous year for the plight of horses.

What with the precarious and unnerving threat of horse slaughter resuming in the U.S., the adulterated horsemeat scandal in the EU and the continuing issues with the BLM’s incompetent range management of the wild horses, slaughter risk for these American icons and the shameless abuse during roundups and within holding facilities there was no dearth of trepidation for horse advocates around the globe.

As much as the PMU mares and their foals are not on the radar at all times, the exploitation and sad fate of these trusting creatures is nonetheless equally as important.

Well past time we started giving them a voice and freedom.

Humans and non-humans are essential to one another in that together we all create a balance of ecology, an essential web of life. But for one species to manipulate another into an unfair and unbalanced partnership at the expense of the other’s freedom?
No . . . that is called slavery.
— Missy Painter

I received a link in my inbox to an exquisitely written guest post by Missy Painter for Carriage Horses NYC.

She was writing about the horse drawn carriage debate raging in many quarters throughout the city of New York. Should they stay? Or should they go? The name of the article is “The Unquestionable Right To Be”.

Whether or not you are interested in the carriage horse situation in Manhattan, listen up.

The latest twist on the horse slaughter issue is the kill-pen rescue syndrome. Horse meat brokers have learned how to capitalize on well meaning rescuers. They are selling auction horses to private buyers for far more than the 40 cent per pound paid by Canadian and Mexican slaughterhouses. The number of horses exported for slaughter has stayed the same, despite the increase in both numbers of horses rescued. That means that kill-pen merchants buy more horses to take to slaughter with the profits they make of the rescue.

I got engaged in talking about horse slaughter  because while anti-slaughter activists are portrayed as ignorant, irrational, sentimentalists that refuse to face facts, it turns out that it is actually the pro-slaughter advocates who have felt quite free to twist the facts… As Advocates we have no money, and with everyone being a volunteer.  This means there is no central focus, there exists no responsible party to answer to, and there is no chain of command.  There are disputes, and those who start the dispute or are in the middle of such should simply step aside and let those who are working continue, and basically shut the hell up!  In this Journalists mind this situation is perfect to combat a Government that is organized, but totally disorganized, shallow, and drone like.

Here is a short-agenda to approach the BLM / DOI Drones.  To start make them prove their EA’s; Demand Accurate Horse Head Counts and prove within the context of the EA; Demand and have them show “Provable Science” and “Valid Data Range Research” within the EA that shows beyond a doubt the harm done to the exact Range area discussed, supposedly…

The article that follows this introduction is a most relevant report.

First of all, the Fund for Horses are strongly opposed to the removal of wild horses from the range by any means or device.

However, we have often been told by wild horse roundup experts that bait trapping is more humane than helicopter roundups. Perhaps it is, if such a thing is really possible. To me it is like saying there are better ways to slaughter horses than others. How can that be? It can’t. It is all diabolical.

However, is bait trapping wild horses less deadly than helicopter roundups. One reporter found that in Oregon bait trapping — percentage wise — is deadlier.

In the mountains outside John Day, Ore., a wild horse made a tasty find. Hay was strewn…